To have the optimal experience while using this site, you will need to update your browser. You may want to try one of the following alternatives:

When Hoarding Becomes a Biohazard 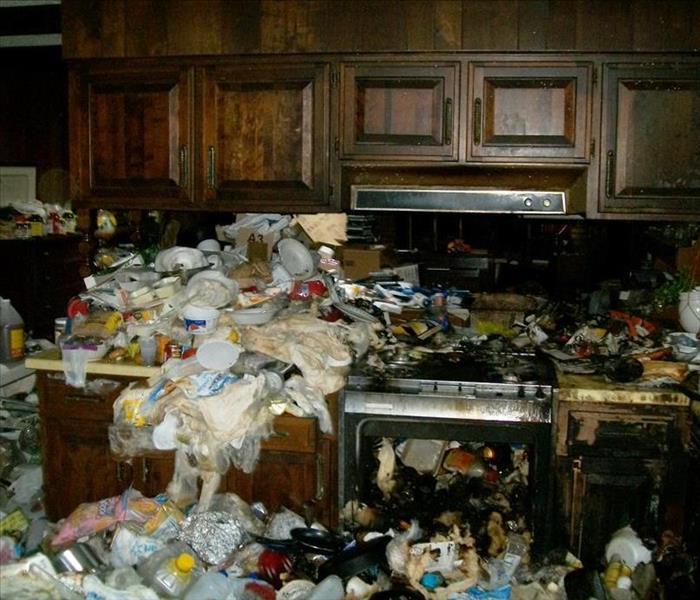 As the public defines clutter it is usually a situation where the homeowner becomes uncomfortable where they live and believes that the home is not organized. As you imagine every clutter issue is different from one person to the next. What one person considers clutter, another person thinks it is organized and acceptable.

The term bio hazard seems to have a strong context, but it does describe what can happen when extreme cluttering gets out of control. Let’s talk about some of the bio hazards that may be created when major clutter situations occur.

When you first read the word food, you may have thought you read it wrong. But food is a leading cause of biohazard situations with extreme clutter. Those who have major clutter issues, eventually lose the use of the kitchen and the kitchen appliances. They take the food and eat it in every other room in the house. Instead of throwing the food away they leave the left overs where they ate. One of the theories explained, is the concept that those who clutter have a short span of attention. Something takes them away from putting the food back in the correct place.

The next problem is that the food rots and creates mold issues and draws in mice and rats. The mice and rats leave tons of urine and feces. The feces itself has a deadly disease called Hantavirus Pulmonary Syndrome. This disease is deadly according to the CDC and can actually be contracted by breathing it in.

Every fire department has complained about extreme cluttered homes. Cluttering can be so bad, that if there is a fire it becomes almost impossible to pull someone out alive. The clutter itself becomes a fire fuel that when lit is impossible to stop. The other issues are the actual clutter following on top of someone and burying them alive. Cases upon cases are documented of people being found days and months later buried in piles of clutter.

A major reason why people clutter extremely is the emotional attachment to what they are cluttering. To part with what they have collected is almost impossible and they will hold on to these items forever without help.

One thing that clutter victims collect is there own urine and feces. Urine is collected in all kinds of bottles and feces stored in plastic bags. These items are stored all around the clutter and underneath piles of stuff.

Clutter clean up with bio hazard

Many families and friends and even professional organizers feel the need to assist in extreme hoarding situations. As they begin the task of removing, organizing and sorting the items they start to smell bad odors. The bad odors they discover come from mold and rotten food and of course rat and mice feces. At this point most friends and family members of clutters hire someone who has certifications and experience.

SERVPRO of Cookeville/Carthage/Smithville/Woodbury has trained professionals that are eqipped to handle hoarding problems. Call us today at (931)528-9292.